Looking for Snow Leopard in the Rumbak Valley 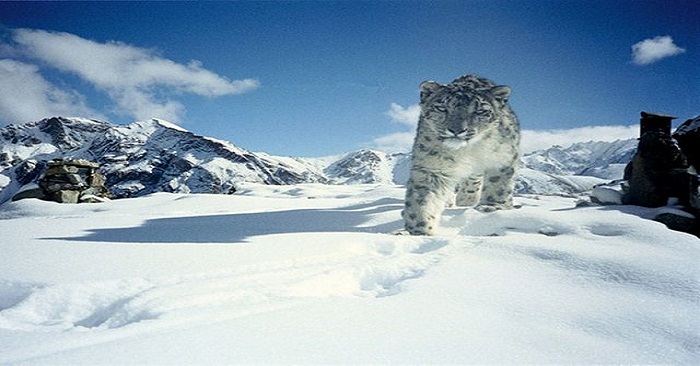 Do you wish to spend some time with wild animals? If you want to enjoy the snowy beauty of mountain ranges, then leave behind all your worries and spend a very good time with Snowy leopard at Rumbak Valley. The snow leopard trek is considered to be the most adventurous trip that you can do in Ladakh, which gives the close view of the Rumbak Valley where you can see the actual home of snow leopard, bears, eagle and many rare wild animals.

It’s a very calm place and the peaceful land with full of beauties. Ladakh is a very famous tourist spot that forms an important part of North India tour, and if you are in Ladakh, you should visit Rumbak valley which is considered to be the best place to see the Snow Leopard. It’s the only national park in India which provides you the facility to enjoy the leopards in the Himalayan ranges.

Ladakh is one of those rarest places which covers the most northern part of India and separates it from other neighbor countries at the same time. It’s also known as a great tourist spot. In spite of having so many international issues, the place and the attractions of Ladakh have been able to get the attention of tourists worldwide. The beautiful mountains which are covered by snow provide shelter for many rare species of earth like a snow leopard. This peaceful place which is enriched with natural resources helps this leopard to be the part of our ecosystem and to live their life in the best atmosphere. The snow leopard is such a rare breed of leopard that is found in very selective places in the whole world. This species of leopards is known for their beautiful white color which you can find in the hilly areas of Rumbak Valley.

Email us now even if you have just thought of planning a holiday and leave rest on us to give your imagination a shape and take it forward from there.